Previously unreleased 2017 material cobbled together with some degree of effort, with public domain sounds slapped on top. It’s minimalist scratchy sampley stuff, not the greatest, but not the worst, either.

These sound weird, but they’re out there now. Not that that’s a bad thing. Over the years, I’ve come to realise that releasing things for myself is what I actually wanted to do. So if it sucks, it sucks, but as long as I like it, too bad. It’s just noodling around, after all. Perhaps I should put together a compilation of the good ones for like five people to see…

I believe I took the original picture in Szczecin last year. I do have a lot of pictures of various grates and things underneath them. What’s your hobby?

Anyways, see you later, I’m off to stare at a rusty sheet of metal. 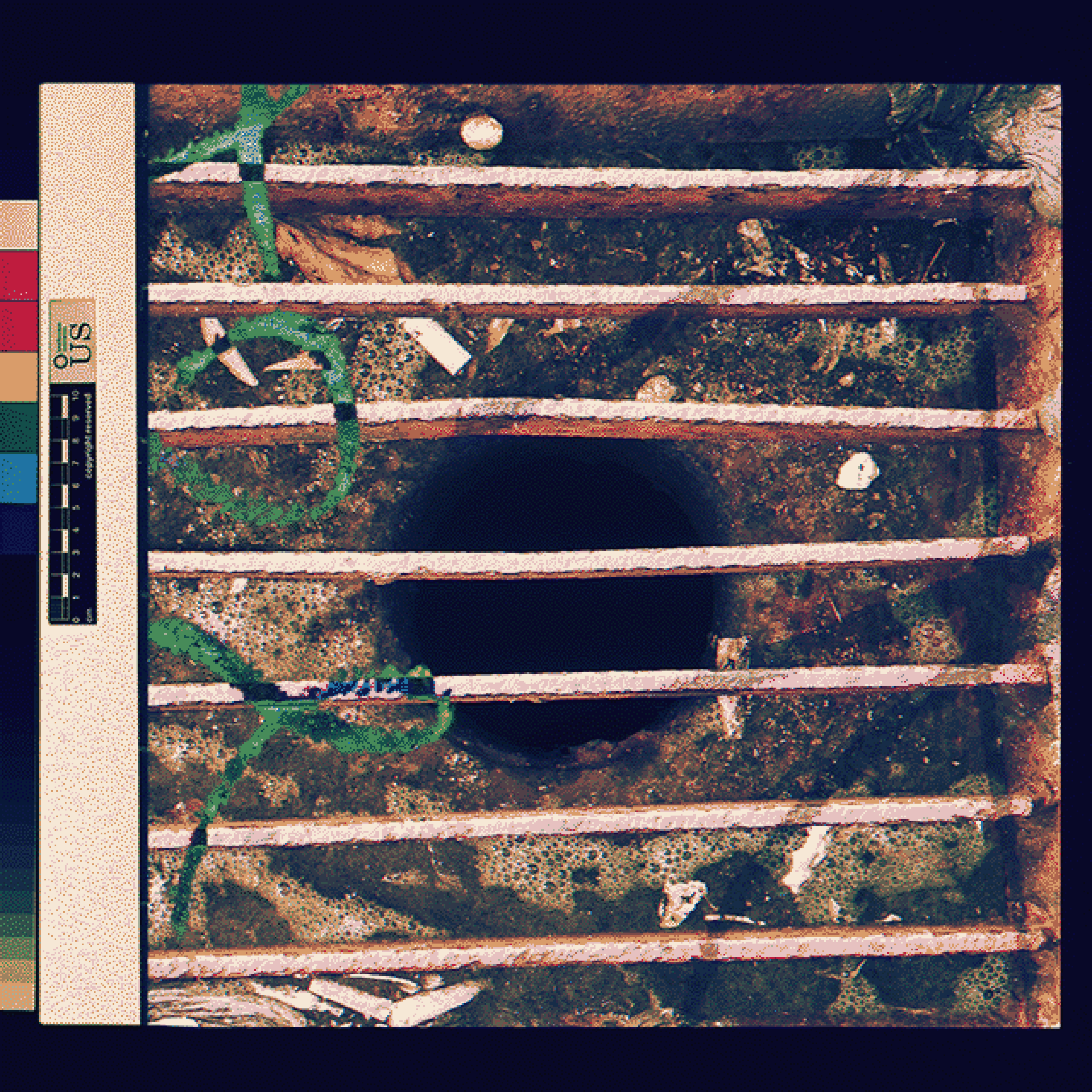